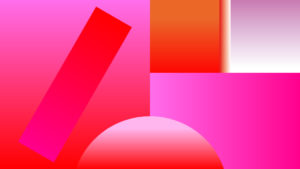 It is no coincidence that Furry Tales begins this four-scene curatorial journey entitled Fantastic Interior. Featured at La Casa Encendida’s Room A, Ad Minoliti’s installation creates a speculative stage that examines childhood and its political and queer dimensions to decode the conceptual foundations that began to shape in the past what constructs us in the present.

The project creates an immersive installation that subtly navigates the symbolic strategies used by the establishment to mould us and assign us an identity within a binary system from the moment we begin to exist. To this end, Minoliti turns to the world of tales, so common in the daily life of children, inventing a fictional space where the artist reshuffles and reinterprets a tale we have all heard before: Little Red Riding Hood.

The artist turns Room A into a fictional geometric forest inspired by the one that Red Riding Hood passed through to reach her grandmother’s house. The theoretically-wild woods through which the original Red Riding Hood feared to walk alone become a multi-coloured landscape in Minoliti’s world, inspired by geometric art but also by the domestic design of the 1970s and 1980s. The artist, who initially trained as a painter, regards this medium as an expanded field capable of creating immersive atmospheres like this fairytale forest, where large murals of the artist’s own design coexist with small works on canvas. We may think we see faces, trees, frogs, wolves and other characters from the stories we were told long ago in this forest, but here there are only triangles, circles and squares. The tendency to personify and assign identities that Minoliti’s use of geometry brings out in us is revealed as a deliberate strategy by which the artist aspires to challenge our tendency towards identity assignment, which we have been taught since childhood as the only way of interpreting reality. The same automatic categorisation is also applied to questions such as gender or sexuality, turning the non-binary into something unclassifiable and therefore discordant.

However, in this welcoming yet dissident stage, we will witness a different narrative from the one we have always been told. We will be introduced to a Little Red Riding Hood who has become CAp, a non-binary person who meets Lobe, an animaloid who is neither aggressive nor dangerous nor has any intention of devouring Red’s grandmother. CAp and Lobe get acquainted and stroll together through this forest, which is no longer a menacing space but quite the opposite: a realm devoid of imposed morals and prejudices. This tale is told in the space by means of a slide-show narrative which, in the manner of a storyteller, welcomes us to the room and records the actions of a performance offered by Hapi Hapi and Marcus Massalami, which is activated live on two occasions. 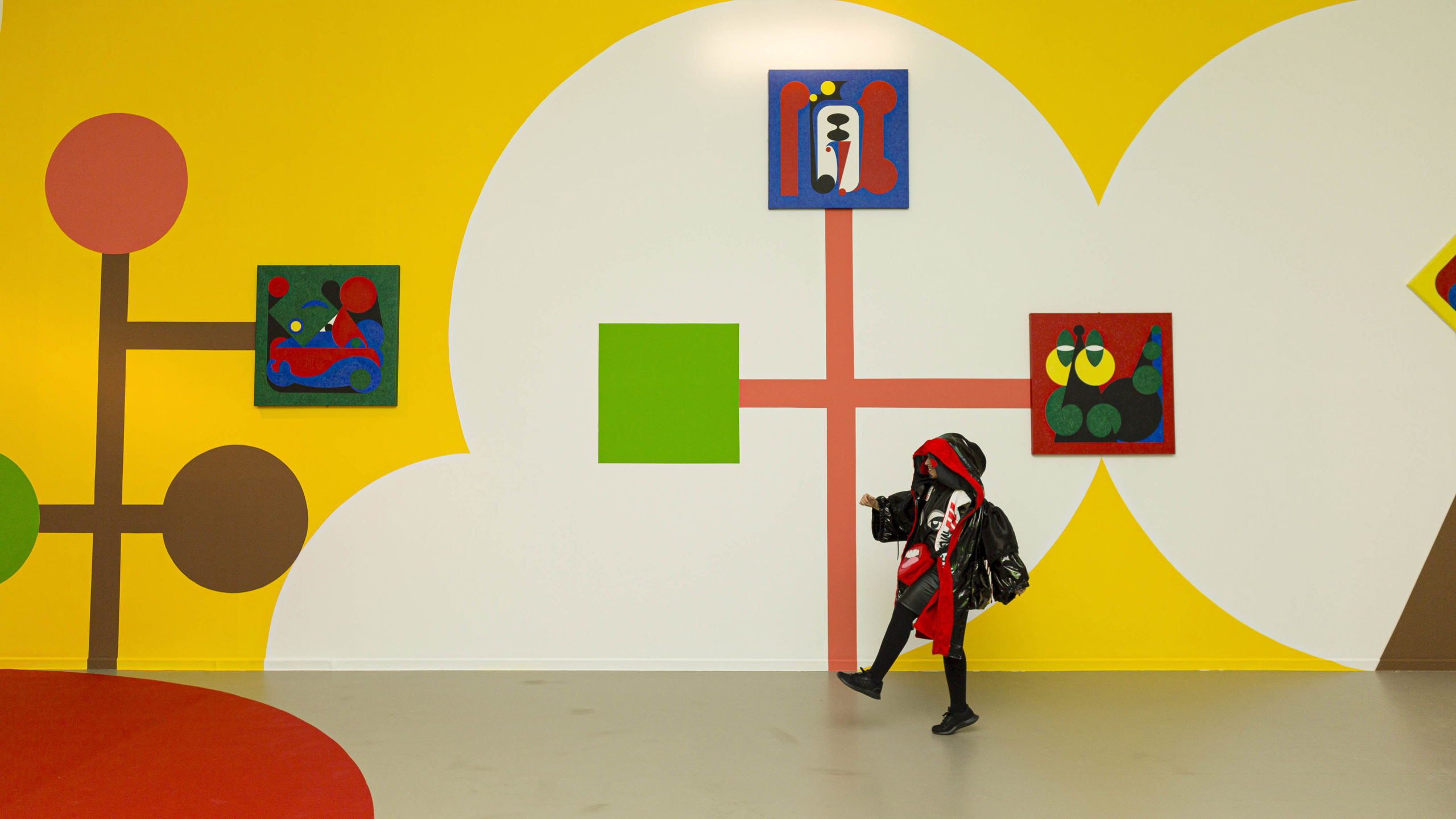 The costumes worn by CAp and Lobe have been created by Feli Quispe—with a tribute quote to Susy Shock—and are present in the space dressing two furries. In popular culture, furries are fairly well-known characters based on the notion of a trans-species creature that resembles an animal but has human capabilities. Ad Minoliti deliberately uses furries to stand in for CAp and Lobe when the actors are absent, as these characters claim a fluid, non-binary gender identity that oscillates between the tender and the sexual. It is in this space and its connection to childhood that this exhibition is situated, attempting to question a system of representation where queerness is only an absence.

Furry Tales is the first stop on this interior journey, which we start by returning to the beginning, to childhood, to the source from which everything else later sprang. This exhibition imagines a childhood which, rather than branching out in two directions, carefully weighs its options, because, as the artist says, perhaps the time has come for children to stop being the future and start being able to decide their own present.